All my careers goes around applications of machine learning, specially for search-based strategies and clustering.

One of the main applications field of my research was malware analysis, specially, reverse engineering, static analysis and adversarial strategies. 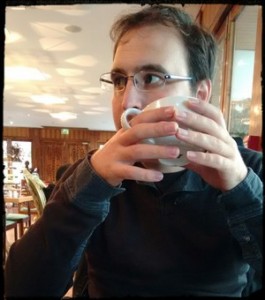 Héctor Menéndez is Research Associate at University College London, working on applications of information theory to software testing. He has a BSc in Computer Science, a BSc in Mathematics, a MSc in Computer Science a MSc in Mathematics and a PhD in Computer Science by the Universidad Autónoma de Madrid, Spain. He has focused his research on machine learning since he started his PhD in 2012. During his career, he has achieved an 11 H index with more than 350 citations (according to Google Scholar) and published 13 journal papers (6 of them are Q1 top journals according to Journal Citation and Report) and 27 international conferences. Originally, he worked designing machine learning algorithms based on graph structures and search based optimization. He has applied these ideas to several different fields, where the most relevant are malware analysis, unmanned air vehicles and, currently, software testing. During his current project, InfoTestSS, he has investigated different testing strategies to reach specific sections of programs. These strategies includes fuzzy testing and trigger activation. Currently, he is also co-supervising a thesis with Dr. David Clark and Dr. Earl Barr at UCL on malware trigger identification, funded by GCHQ. He was one of the organizers of 3 international conferences: WIMS 2013, IDC 2014 and INISTA 2015; the 57th COW in Information Theory and Testing and the 2018 TAROT Summer School in Testing, Verification and Validation. During his career he has been involved in 2 EPSRC projects (SeMaMatch and InfoTestSS), 3 Spanish projects (ABANT, EphemeCH and Cyberdine) and 1 European ERASMUS-ESMO project (Ubicamp).